Part of the proceedings leading to the famous Rumble in the Jungle ... I got this from some other blog several years back, can't recall which one it was - but many thanks all to those who keep spreadin' the good stuff! 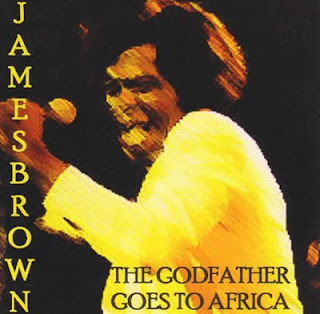 Note: this seems to be a soundboard recording ... it's rather messy but very listenable to these ears.
Posted by ubu at 2:43 pm 5 comments:

One of my latest musical discoveries - or rather in this case a re-discovery - is James Brown. I've had his "CD of JB" ever since I was in High School, but I never quite followed up digging into his music, although I did get to know Maceo Parker's music a little bit better over the years (his disc "Soundtrack" on Minor Music was one of the most-played back in those years).

As all too often, I wasn't just content owning the "Star Time" 4CD set, but rather I went out and got all those fine Polydor compilations, too: "Roots of a Revolution" with lots of early sides beginning with his very first sessions and leading up to 1964, "Messing with the Blues", mostly from around the early 60s, and as a companion to those, the amazing first "Live at the Apollo".

Then on with the finest band he ever had, convered on the great compilation "Foundations of Funk - A Brand New Bag: 1964-1969", which has a nice companion in "Jazz". From the same era, there's "Soul Pride: The Instrumentals 1960-1969", and then the album "Soul on Top", cut with Louie Bellson's big band (playing Oliver Nelson arrangements and including Maceo on tenor as the sole soloist).

There are a few live recordings of that band, first of them is "Live at the Garden" (actually recorded at the Latin Casino), then there's the smoking hot "Live at the Apollo - Volume II", and finally "Say It Live and Loud: Live in Dallas 08.26.68".

This live show from Paris falls in there, some months after the second Apollo gig, and if anything, the band is even tighter and the show even hotter! It's also around on DVD and it's unbelievable to watch! One track (It's a Man's Man's Man's World) was officially released on a US DVD set (not internationally released, to my knowledge, and useless to me as it's Code 1... haven't seen it myself), hence that track is absent here. Would be very welcome to see a commercial release of this one, too - the sound quality is great, for sure - matching the quality of the actual performance!

Just check out "Papa's Got a Brand New Bag"!
And dig what might be the very best "Prisoner of Love" ever!

The line-up below has been amended compared to the tags and info you'll get. The number of musicians is correct at least, and Maceo, St. Clair, Waymon Reed and Pee Wee Ellis, as well as the Byrds are definitely confirmed. Also two drummers and two guitar players are visible on the video. JB plays organ during one of the tunes (on the others it's Pee Wee, I think), and at the end of "Papa's Got a Brand New Bag", those weird drum rhythms are his, too...

Sound: A
Source: FM or SBD or TV

Damn, it will soon be two years that Amy Winehouse has left us. Let's not forget her!

This is another re-post of what must have been one of the most downloaded sets up here. 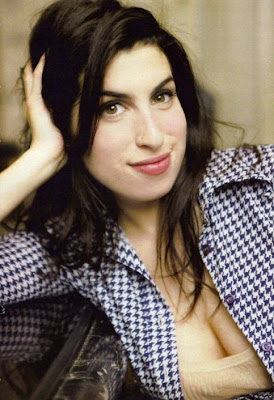