This concert has been bootlegged many times ... on Celluloid or most recently on Lonehill. Here's Peter Losin's entry on his Miles Ahead page, which notes: "All of the issued versions are quite a bit flat."

So then, here's the fixed version - and trust me, the difference in sound quality is amazing here! Klook finally sounds just right, not half-drunk and totally off like on the way-too-slow versions you find on all them bootlegs!

These are the original FLAC as prepared by a dear friend ... further info comes with the files - shout outs to everyone involved in this!

Buy the official releases of these musicians, do get the Sonorama releases of the previously unreleased Barney Wilen albums Moshi Too and Jazz in Camera, a studio session co-led by Barney with trumpeter Donald Byrd.

In addition to the notes above: Miles already performed in Europe in November 1956 with the same trio plus Lester Young and the Modern Jazz Quartet.
He travelled alone, without his band, on both occasions.

Davis and the René Urtreger Quartet made this trip to Amsterdam during the otherwise-uninterrupted stay at Club St. Germain in Paris. The Celluloid LP and CD notes do not list either version of "The Theme."

A pair shows I shared previously ... just stumbled over the files, and the timing is right, since Rivers' 90th birthday took place just three days ago. He is being missed.

The vibes player in the 1972 show is being identified as Thurman Barker now:
http://www.velocity.net/~bb10k/RIVERS.disc.html

That, of course, makes perfect sense! 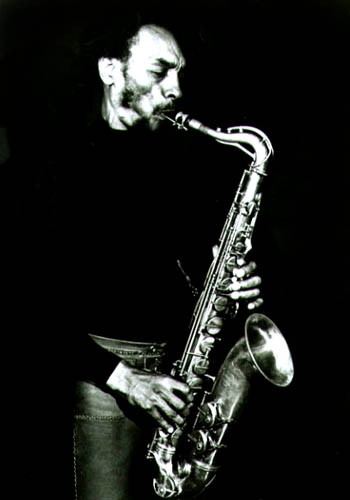 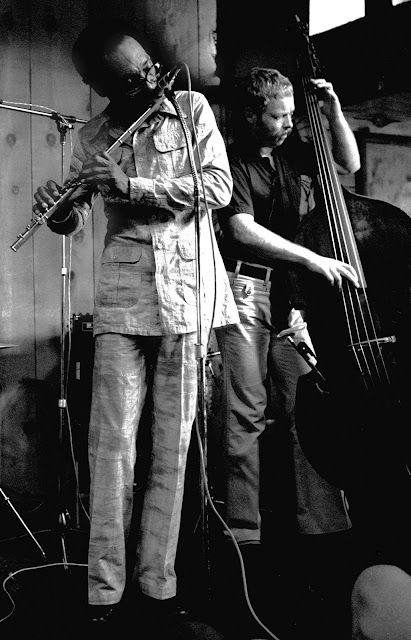 Note from seeder:
The fade at the beginning is the way it was broadcast, same with the abrupt ending.
Note:
first of two (?) reels from that concert (from WKCR announcer on closing announcement) 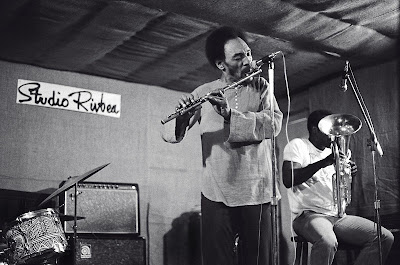 I've had some Vonski up in the past ... bringing this one with Andrew Hill back.

All thanks go out to the taper and the person who shared this over on dime, many moons ago!

If you can help with the setlist, please do leave a comment. 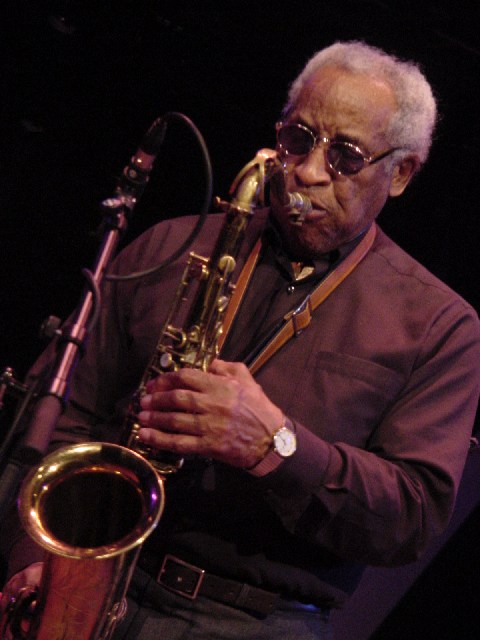 
Notes on the setlist:

CD1#1 Von seems to navigate through some standards or at least standards chord changes. Around 10:50 he quotes "Isn't It Romantic" for a moment.
CD1#2 is mostly a bass, then a drum solo, Hill enters at the end.
CD1#3 sounds like another standard, or possibly "Alfie" at the beginning, then goes into what sounds like an original, but at 4:45, Von goes into "Isn't It Romantic" again and stays with it, but the very final line is the "Alfie"-opening line again...
CD2#1 opens with a lengthy drum solo implicating a typically intricate Hill rhythm, Von opens quoting "I Got It Bad (And That Ain't Good)". Later on it sounds as if he's playing "I Can't Get Started", but he continues alluding to "I Got It Bad". When Von enters again at 22:00 they go into a bop classic (Dig?), then around 24:30 Von goes into "Sweet Georgia Brown".
CD2#2 opens with a sax cadenza, leading into "I'll Remember April", after a lengthy trio segment, Von goes into "A Night in Tunisia", not without quoting "Mr. P.C." (22:14), then quoting "What Is This Thing Called Love" and possibly alluding to the fourth movement of "A Love Supreme". Following a short solo cadenza, Von goes into "Ain't Misbehavin" (31:05), at 33:00 he then goes into "Lester Leaps In"


The following was posted on dime, I think:

Here's another new one ... got this off dime years ago, many thanks to the kind person who shared it there! Needed just a tiny bit of editing to remove gaps close to (but not at) the end of each but the final track.

Sounds is rather hot, but very listenable - and the music is smokin' hot, of course! Dig Zorn doing the voodooo ...

another re-up ... some more info in the previous posting 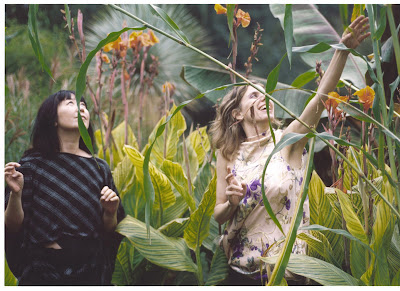 This was up here before ... one of my favourite Hill recordings of more recent vintage. Might well be the complete concert - the Hill discography doesn't really help though, it only has the shorter, FM source (CD1 #3-5, CD2 #1-3, CD2 #4) listed.

Coincidentally, I'm getting re-acquainted with Masada after many years ... prompted by some online discussion. And I'm loving it, just as I loved it back when I first heard it - you guessed it: this radio broadcast, live from Willisau, was my first ever exposure to this group's glorious music.

If you happen to be a Masada connoisseur, please help with the setlist! 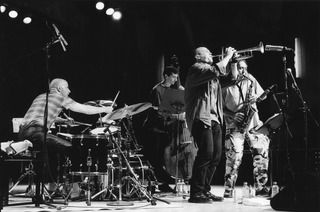 I think this is the complete concert
If I remember correctly, #5-11 were broadcast live