Show #4 of my little tribute to the great Marion Brown. 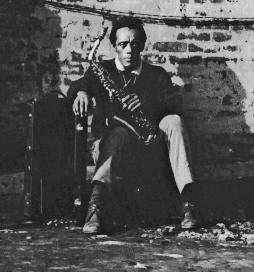 The third of five sets I'll be sharing for the moment - there are more around, of course, but these five were all shared five and a half years ago on EZT/dime and I figure there must be some interest, after all these years! 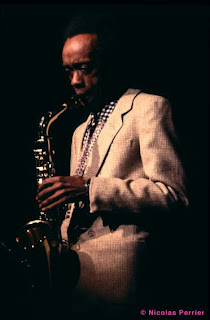 Note: omitted fm announcer at beginning and end (#1 and #7 of Flac-files) when
burning (files saved on back-up DVD)
Posted by ubu at 9:14 am 4 comments:

Note that the information below is somewhat more complete than what you'll get in the tags and info-file, so please update those!

Note from EZtree seeder:
Incomplete. A more complete version would be a nice find!
Posted by ubu at 12:54 pm 6 comments:

Sorry I missed Brother Yusef's birthday... he got ninety 17 days ago (well, make that 18 now that it turned past midnight while I was typing the following).

Lateef was born William Evans Huddleston (no relation to Father Huddleston, I assume) on October 9, 1920 in Chattanooga, TN. His family moved to Detroit in 1925 and that's where he remained rooted for a long time. In the mid and late 50s, he packed his quintet (Wilbur Harden on trumpet or Curtis Fuller on trombone, Hugh Lawson on piano, Ernie Farrow on bass, Louis Hayes or Oliver Jackson on drums) into his car, drove to NYC and recorded some mighty fine albums for Savoy or Prestige, and one for Verve, too. His brand of hardbop belongs to the most exciting committed to record in those years - check out albums like "Yuser's Mood", "Jazz for Thinkers", "Before Dawn", "Other Sounds" or "The Sounds of Yusef Lateef" to hear what I'm talking about.

In earlier years though his career started when - 18 years of age - he started playing professionally and appeared with Hot Lips Page, Roy Eldridge and others, and landed a gig with Dizzy Gillespie's exciting bop band in 1949. The next year, he returned to Detroit and started mingling in one of the finest local jazz scenes in these years of hardbop... Donald Byrd, Tommy Flanagan, Barry Harris, Paul Chambers, the Jones brothers (Hank, Thad and youngster Elvin, whom he'd have on drums on one of his finest hours, "Into Something" from 1961), Curtis Fuller, Kenny Burrell, and Lucky Thompson are just the cream of the crop of Detroit's finest from those heady years. Lateef's masterpiece from these years might well be his Riverside release "Eastern Sounds". The sounds are not "other" any longer, but a direction is given by now... Lateef opened up to oriental and Indian sounds early on, becoming one of the (unacknowledged) pioneers of any kind of world-jazz-fusion.

Lateef also played with Charles Mingus (playing da sh*t out of "Wednesday Night Prayer Meeting" on Ming's great EmArcy album "Pre-Bird") and then joined the band of Cannonball Adderley - enlarged to a sextet on the occasion of Lateef joining in. With little brother Nat Adderley, a youngster from the Austrial alps playing funky piano and going by the name of Joe Zawinul, as well as the seasoned rhythm team and backbone of the band, Sam Jones and Louis Hayes, Lateef was part of the finest band Cannonball ever led. Among the best recordings they left is "Nippon Soul", captured during a series of 1962 concerts in Japan. There's also Lateef's oboe feature on "Trouble in Mind" on the album "Cannonball in Europe" - the meanest oboe playing this side of free jazz!

But Lateef didn't just play tenor sax and oboe. At that time, he was one of the acknowledged masters of the flute - playing in an exciting, non-Western style, chanting and moaning, expanding the common vocabulary of the instrument. He also started playing oriental and far eastern instruments such as the argol/arghul, and he had his band play "exotic" instruments in the fifties already.

In the 60s, Lateef played with Miles Davis, Babatunde Olatunji, and again with Dizzy, and after a series of fine albums on Impulse - including some extraordinary live material captured at Pep's in Philadelphia with Richard Williams and Mike Nock in his quintet - he started recording for Atlantic and his music got more and more eclectic. With new sidemen such as young pianist Kenny Barron (who came from Lateef's former boss Dizzy's band), he recorded a series of concept albums: The Blue, The Diverse YL, YL's Detroit, etc etc. Lateef also wrote works for large bands and orchestras, and founded his own record label, YAL.

His music took another several other turns... he did world music, new age, fusion and CTI-disco sessions, but he remained an imposing, impressive figure. A very deep and soulful person, he was portrayed in Nicolas Humbert & Werner Penzel's film "Brother Yusef", showed in 2005 on the German/French arte TV channel. His playing still gives me chills down the spine and goose bumps all over... a recent excellent release was published in 2005 as well: "Influence", a collaboration with the French brothers Lionel and Stéphane Belmondo and bunch of excellent European musicians.

About a year ago, he was captured (an amateur recording) in concert in Paris, appearing with Archie Shepp and his regular band, as well as Leon Parker on added percussion instruments. And on 22nd of October, he has performed in duo with his longtime collaborator Adam Rudolph in San Francisco's Grace Cathedral.

The most amazing thing is that he's never lost his amazing, huge, rough and earthy, breathy, raspy, gruff, emotional and touching sound on tenor saxophone. Even today, at age 90, he's got a force on his instrument that is very rare.
He will forever remain my favorite among the several Bill Evans' in jazz, that's for sure!

To celebrate Lateef's 90th birthday, here's a set recorded forty years back, at Montreux Jazz Festival. Hope you'll enjoy! And hope this will send some of you down memory lane, and prompt some others to (finally!?) explore and discover some of Lateef's great music! 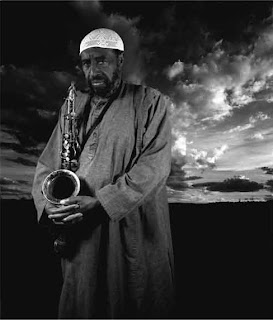 Final Noah Howard post... check out the first of this five-part series for some more information about Howard. This set here features him with the great Alan Silva, playing at 2001's Vision Fest. Bobby Few is on piano and on drums we find Leroy Williams who has played with everyone from Thelonious Monk, Sonny Rollins, Barry Harris, Tommy Flanagan and Bill Hardman, to Lee Konitz, Anthony Braxton, Andrew Hill, Archie Shepp and Yusef Lateef.

I do hope you've enjoyed the ride and Noah will live on in your hearts and ears! 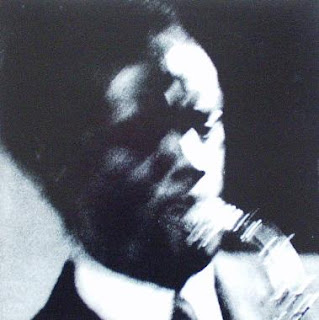 Beginning my homage to the late great Marion Brown before even closing with the final Noah Howard post... but gee, Brown... he was such a great, lyrical musician. Got to love his music!

Then, some music... again, proceeding (roughly) chronological, here's a 1970 set of the band by Brown and Leo Smith, featuring none other than Manfred Eicher on bass. New information suggests it's actually a radio broadcast (SDR, Süddeutscher Rundfunk II, "Leo Smith-Marion Brown Gruppe in Esslingen" 1971-02-12), and took place at Club Laboratorium (Webergasse 22).

All thanks for all the following Brown shares go to the original seeders on dime - mostly c, but also pj and a few others. These were mostly up in a little "flood" in 2005 and it's my pleasure to share them again both over on dime and here, too.

Thank you, Marion, for all the great music you left with us. 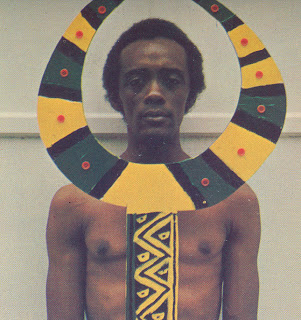 Note from EZtree seeder:
as part of the 'unissued' recordings listing in the marion brown
discography, this possible soundboard document (with traces of static)
is of a rare vintage, made during the same year that brought about the
incredible duets with leo smith as 'creative improvisation ensemble,'
and the larger ensemble opus 'afternoon of a georgia faun.' the use of
small percussive instruments, and in fact, multi-instrumentation in
general; an attention to spaciousness, especially the premium on
carefully place notes, and of course, carefully considered silence;
the active gestures to extend timbre and color, all contribute to
place this performance hotly on the heels of legendary issues such
as 'porto novo,' 'gesprächsfetzen,' and 'in sommerhausen,' though,
i would say, probably not as explicitly incendiary as those earlier
releases. but it burns true with its own distinctive flame ... strongly
recommended, essential, for any admirer of marion brown's and leo
smith's music.
Posted by ubu at 5:59 pm 4 comments:

There's a great tribute to Noah over on Streams of Expression. Here's the penultimate set of my own little tribute, featuring Howard at the Knitting Factory with the great Wilber Morris on bass.
All thanks go to N_n who shared this one over on dime, several years ago.

More Noah Howard... and in the meantime we had to learn of Marion Brown's death. A little series dedicated to his music will follow (as will the promised Bill Dixon sets).

This one here features Howard in a solo performance (one of Marion Brown's specialties, btw!) as well as in a trio with Rüdiger Carl and Irene Schweizer. In between, you'll hear another trio with whose members I'm sure you're all familiar as well!

the beginning of a very special event at the Kunstakademie, am Weissenhof 1, Stuttgart (Germany), November 21, 1984: The Louis Moholo Workshop (which I don't have... anyone?)
Posted by ubu at 4:30 pm 4 comments:

...would have been 85 years old today.
And just today, I received my copy of the new CAM box collecting all his Soul Note albums.

Me, I hope to be able to post some of Dixon's music in the coming days or weeks, but real life interferes again these days - just too busy to spend time here.
For starters, I recommend you check out this Verona 1980 concert.
Posted by ubu at 12:05 am 4 comments:

Thanks go out to jazzrita who shared this fixed version of a show by the same band as on the SAJ album "Schizophrenic Blues" (recorded in Berlin a few days later).

This is #3 of the little Howard memorial series. 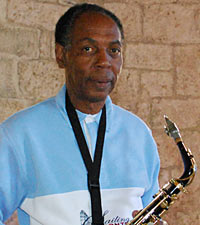