Two of my favourite film directors have just left the room for good. Ingmar Bergman's films "The Silence", "Wild Strawberries" as well as Michelangelo Antionioni's "La notte" and "L'avventura" have been held in the highest of esteems here, ever since I first saw them. I try and catch both "L'avventura" and "La notte" each time it shows in a local theatre, if possible even multiple times within days.

Here's the Guardian's obituary for Antonioni, and here the one for Bergman.

Here's one I put up on dime again, for a change... more to come here, by the way: a ScoLoHoFo set from Lugano's Estival Jazz 2002 and a short but sweet 1979 set by The Police!

Note: there has been an upgrade to this seed of mine, with nothing missing from #1 and stereo quality, too - find it here:
http://www.dimeadozen.org/torrents-details.php?id=156003

Here's a short but sweet thing I wanted to share. Sylvie Courvoisier is one of the brightest talents around in the Swiss jazz scene, I was lucky enough to hear her live and am a fan of her ECM release, "Abaton" (with her partner in life, Mark Feldman on violin, and the great Erik Friedlander on cello - look for his "Maldoror" if you're in for a solo cello ride! I got my copy from CDBaby, its still listed there.)

Anyway, Joey Baron was to appear in duo with John Zorn at last year's Willisau Jazzfestival, but Zorn couldn't make it, so Courvoisier stepped in for a duo I find much more fascinating than the scheduled Baron/Zorn duo (but that's just one man's opinion, of course).

I missed a longer broadcast of this concert (likely the full set was contained in that broadcast), but another radio station has recently broadcast two segments as a filler and here they are, at least!


Note: most of this concert was broadcast in DRS 2's "Jazz Live" show but I missed it - this is all I have so far! 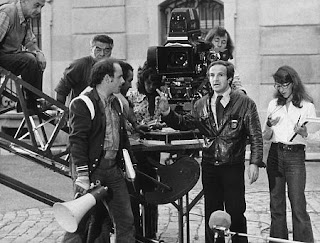 I wanted to do this for some time... it's highly incomplete, containing perhaps between a fifth and a fourth of the films I have actually seen in theatres (tv and DVD doesn't count, of course!), but still, it was fun compiling it! Maybe I'll try and fill some gaps another time, or just add films I have seen but don't know when. Also it comprises only the last three and a half years anyway, and I've been going to the movies regularly for almost ten years now... 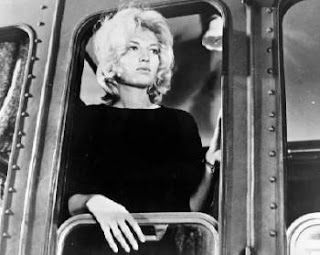 no entries done for July and first half of August, probably most of Ozu's other great filmes, incl. Early Autumn, Late Autumn, Early Summer, Drifting Weeds and one or two others

probably nothing for two months... (it does happen!)

no other entries for late 2004... probably just too lazy to fill in my diary back then. 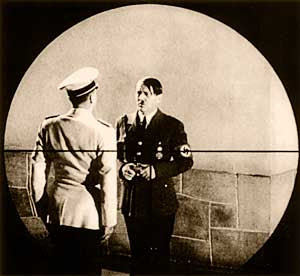 no entries for all summer and fall 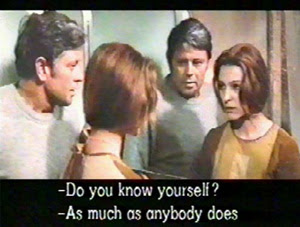 September
29 - Under the Volcano (John Huston) 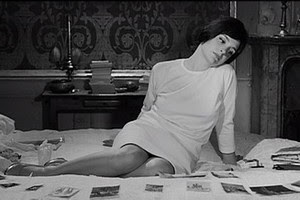 Here's a show I got from dime recently but thought I'd share it beyond the dime community since it's a fine one!

Bennie Maupin first came to my attention as sideman on Miles "Bitches Brew", then on Herbie Hancock's great "Headhunters"... as I got deeper into jazz, I heard him with Lee Morgan (the great Lighthouse set on Blue Note!), Freddie Hubbard (one of those Left Bank Jams put out by Joel Dorn on several of his outputs - Label M, Hyena, whatever) and elsewhere. To me it seems, Maupin was born or hit the scene a mere few years too late for making it big... about the time he got into the spotlight, the jazz scene died away... anyway, he stayed in there an in 2004 or 2005 he played a stellar trio performance (himself on tenor, soprano, bass clarinet and piano) at the Austrian Inntöne Festival, including his own great version of that tenor parade piece, "Body and Soul". He could still do it, and to me, that was great news, so I tried not to miss anything recent of his that was up on dime (not much, alas), and here's the most recent recording for you!

The rar-files were created directly from the original files I got from dime. This is from digital radio, hence it's in MP2. To play on your computer, use WinAmp or any other good player, to burn, follow the instructions below (again, original dime info...)

Please do not use the dbpoweramp software to transcode the mp2 files to .wav. The transcoding process leads to a noticeable decrease of the sound quality!
For transcoding the .mp2 file I recommend the freeware BeSweet/ BeLight (if you use a Windows PC Ihave to add) : http://www.free-codecs.com/download/BeLight.htm
Both are .zip-files; unzip BeSweet first into a folder. Then you should unzip BeLight into the same folder. This done, you can start the software by clicking on the BeLight symbol in the folder. The software is easy to work with, I think; choose the register card "WAV/ PCM". Do not check any of the boxes on the left except the one for "Output Sampling Rate" (this should be 44100hz), and on the right please choose "wav" (under "Output Format") and "16 bits stereo wav" under "Output Channels".
Put the mp2 file into the window on top and click on the "Start Processing" below. The transcoding process will start immediately.

If BeLight does not work with your computer you should try a software named Switch. It is available for free at http://www.nch.com.au/switch/plus.html
There are versions for Windows and Mac.

Another freeware that offers good results is Apple’s iTunes which is available for Windows and Macintosh platforms. To transcode an .mp2 file please follow these instructions:
First, you have to import the file to iTunes: "File" -> "Import" -> select the folder where the .mp2 file is stored.
Select the imported .mp2 file in the iTunes main window using the mouse with a single left-click.
Go to "Edit" -> "Preferences" and select the register card "advanced". Then choose the register "Importing".
In the dialogue box "Import Using" you have to select "WAV encoder" (or "AIFF encoder" if you are using a Mac platform). Below, you will find another dalogue box named "setting". Please choose "custom"; then "sample rate: 44.100 hz", "sample size: 16 bit", and "channels: stereo". Close the dialogue boxes by clicking on the "OK" button.
Right-click on the selected .mp2 file in the iTunes main window and choose "convert selection to wav" (or "convert selection to AIFF" if you have selected that file format in the previous step). Then the transcoding process starts.
Posted by ubu at 8:11 pm 8 comments:

Dime is getting a bit of an overkill again lately... I've had a fast access while on vacation in Vienna and filled up most of the empty space on my computer while being there... hence my decision to put last night's recording up here, rather than on dime - I hope you approve of that decision!

It would be nice to get a bit of feedback and maybe some discussion of the music, too!

Also if anyone feels like doing a cover (faux hatOLOGY?) that would be cool!
Edit: cover art by couw (thanks a lot!)

Find the link to a PDF version in the comments!

All Compositions by Mal Waldron

Note: this is announced by the fm announcer as the Waldron/Shaw Quintet but this was clearly Waldron's band - his are all the tunes, he does the only talking, and there are official releases by this band as well.

This has the same form as my dime seeds usually have, except it's in MP3 (@ 320 kbs), not in FLAC. The recording is in mono (I have a Tivoli Audio Model One tuner which is mono but sound is very good - as you could check in my Romano-Sclavis-Texier recording shared over here) and Rete Due (RSI 2) hasn't got the most stellar radio sound, but of course the music is terrific!

I hope many of you will enjoy! Please spread the word and share the music!
Posted by ubu at 10:07 am 10 comments:

Mêre & père ubu spent two great weeks in Vienna - lots of art in the cities' many great museums, Sheila Jordan at Jazzland, "Laura" and "Infernal Affairs" in a great open air cinema at the Augarten... possibly more later. Anyway, of course I couldn't live two weeks without jazz... I knew about the shop called Red Octopus since I got the first volume by the Erich Kleinschuster Sextet from them, two years ago, so I dropped by there again, asked about volume two, long announced, and luckily just out in our second week in town - picked up at the second visit - of course I didn't leave with empty hands at the first visit!

Anyway, here's what I bought:

[Ingfried Hoffmann -] Hammond Bond (a good one among Universal German's cheapo "Jazzclub" series - a gift from jug21, the guy who works there, whom I knew from Organissimo forums but didn't know to work there before... I dropped by that store by accident, just at the same minute as Matthias Rüegg from the great Vienna Art Orchestra dropped by, too...)
and also, to leave some money there and support this adorable great shop:
Harry Sokal/Wolfgang Puschnig - Red - White - Red & Spangled (from Universal Austria's great "Austrian Jazz Art" series)

just found out about the netlabel insubordinations.

please let me know if any of these downloadable releases are good or great!
I bet [insub11] MARTINE ALTENBURGER & LÊ QUAN NINH love stream is great, but as I'm still on vacation for yet another week, I won't do any downloading... 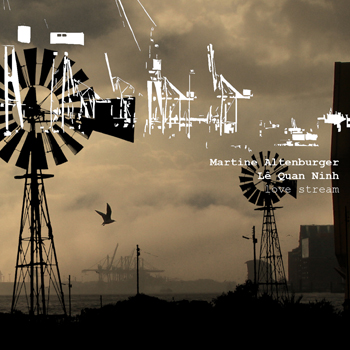 ubu in vienna - and more!

I just wanted to let you all know that until July 16th, I'll be on vacation in the great city of Vienna. Hence no new posts for a while now...

Below you'll find a recapitulation of what's been posted here so far - it's quite a bit more than what I'd have thought, actually! Anyway, there'll be more to come once the vacation will be over (oh no, don't think of that now, I'd be most happy to have a few months of vacation, rather than just a lousy couple of weeks!) - anyway, the "for europeans only" series will be continued, there shall be a compilation of songs by the great Mildred Bailey, and hopefully many other things, including live recordings not fit for dime, that I shall transfer for exclusive sharing on this blog. Also the recent George Russell Paris 1964 recording will be put up in an MP3 version here.

The labels under which you can find the posts with actual musical content are as follows:
musical offerings
for europeans only
exclusif
Actually, the first of these should lead to all the posts below, but I am only human, so I make mistakes...

Potlatch - selections from the discs I own so far
http://ubu-space.blogspot.com/2007/06/potlatch-my-june-sale-order.html